The first shipping container buildings that were built by our founder, George W. Runkle PE, were erected in 2002 and 2003 in Uzbekistan. Mr. Runkle was an Air Force Reservist, and in the Fall of 2002, he was activated into the US Air Force and deployed to Karshi-Khanabad Airbase in Uzbekistan.

The company designed its first shipping container building in 2007 in Atlanta in the Old Fourth Ward section. It was a three-story home, and later a second one was built next to it. The design of different buildings began slowly.

We prepared designs for training facilities for the US Department of Defense, with facilities at Muscatutuck Urban Training Center in Indiana, Fort Dix, NJ, and the Channel Islands, California.

We began to do more extensive design work in Saskatchewan, Canada, designing modular buildings made from shipping containers for 3Twenty Modular in Saskatoon. We did numerous crew living facilities and shops for the oil fields in Northern Saskatchewan, and we prepared a design for a barracks building for the Canadian Air Force that was built by 3Twenty Modular.

We have designed power facilities in South America and the Caribbean.

We have designed power facilities along the East Coast, primarily in Florida, for emergency power, and we’ve designed installations with repurposed shipping containers for solar power in California.

We are one of the first structural engineering firms to design with repurposed shipping containers and have spent a significant amount of time researching containers and developing design methods. Our design work is in 3-dimensional Finite Element Analysis, and containers are not made from conventional steel shapes. We had to code in the different custom shapes into our software in order to design efficiently to Code. 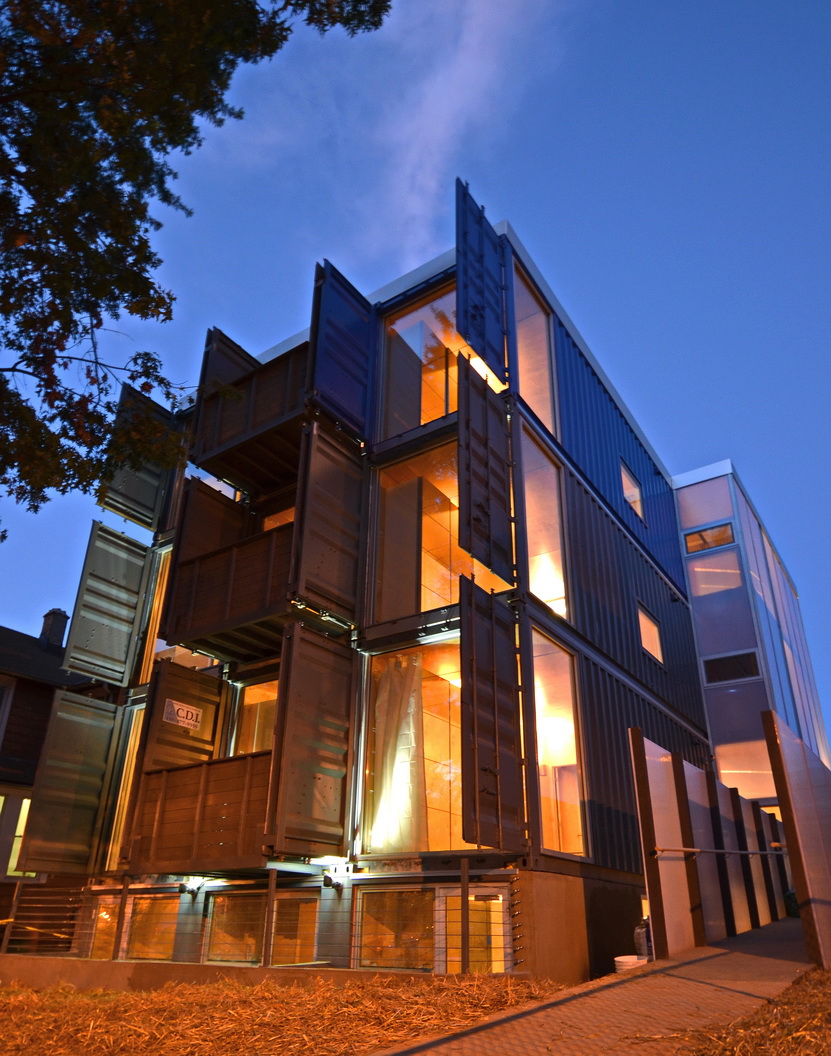