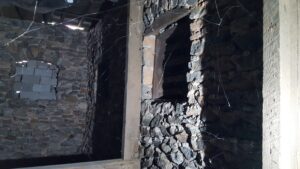 The is a view of the basement of the house, where I found another older house.

When we do structural investigations of old buildings, we find surprises.  However, I have never seen anything like this.  This was an old “shotgun” type house in West Atlanta that was being renovated.  We went to the site to make structural recommendations.  The house looked fairly normal at curbside, with the exception it had a granite foundation. Houses at that period were usually built on brick piers.

I went inside the basement, and now understand my field of view is limited by the flashlight beam.  I was rather surprised to see stone walls in the basement.  Then I noticed and opening in the wall.  The mason put a very impressive arch over that opening.  I stepped back and looked around.  I was in an old stone house, which was probably built in the mid Nineteenth Centure. Generally you will not find anything built in Atlanta built before the Civil War. 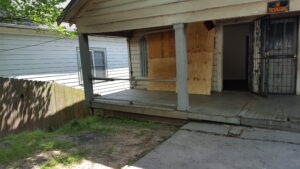 A view of the front of the house. Nothing odd here.

Apparently, when this house was built, it was put on top of the existing stone house.  I pointed this out in my report, but given that the house was being renovated by a developer, it is doubtful that any attempt was made to architecturally integrate the older house into the old house.  Hopefully a future owner will do so. 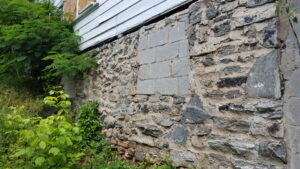 I saw this feature of the subwall, which I thought was odd. That’s some pretty expensive stone masonry for a house of this type. Also, the window surprised me, they normally didn’t build walk out basements in houses of this period. 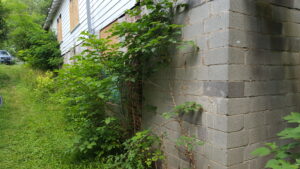 Around the back there was this CMU wall that a later owner built for an addition. This is more typical of old houses. A lot of time the additions and modifications make a mess out of the original structure, so I was interested in this. 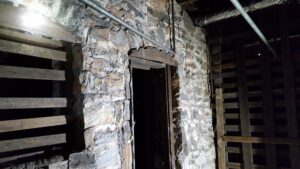 Imagine my surprise inside the basement when I finally stepped back and shined my flashlight around the basement and saw this. Look at the masonry work on that arch!

These are just the photos I took around the house. There isn’t any real artistic composition in them, they were taken for the condition assessment.
Posted in Blog, Projects